Home » Blog » Brief history of the Marian shrine of Basse-Wavre 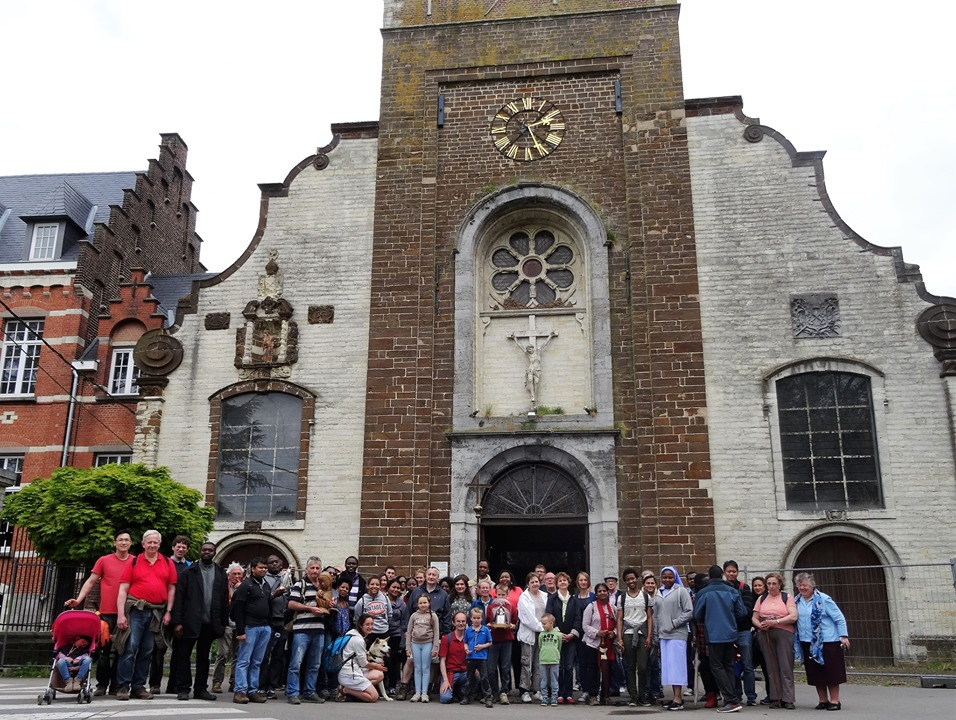 Around the year 1050, farmers reported hearing several times the sound of “heavenly music” coming from the marshes of Basse-Wavre. Curious about this phenomenon, they went for a closer look, and it was during the night preceding a Marian solemnity that they witnessed a wonderful light surrounded by angels.

Immediately after this event, they decided to build a chapel on that site. However, the soil condition in the marshes did not allow its construction, so they relocated the project to the top of the nearby hill. Soon afterwards a series of extraordinary events occurred.
Every single morning the walls that had been built the previous day seemed to have disappeared and were found literally rebuilt in the marsh. The builders decided to stay awake during the following nights so they could see with their own eyes what was happening.
At midnight they saw a brilliant light. It was Mary surrounded by angels. She said: “I will live in this valley, for I have chosen it”. Soon after this wonderful apparition the residents found a reliquary of such beauty that they were convinced it came from heaven. They completed the chapel, as desired by Mary, and gave the reliquary its rightful place.
In the twelfth century, the Benedictines of the Abbey of Affligem assumed responsibility for this little chapel of Basse-Wavre. They placed in the chapel with multiple relics of saints and martyrs.
The intercession of Our Lady of Peace and Concord is especially invoked in cases of conflict between nations and families, as well as conflict within one’s own heart. The crowned statue of Mary with, at her feet, the reliquary containing relics of so many saints from the days of the catacombs to our own days symbolizes the People of God, together with Mary, on its way to the Lord.
The reliquary contains relics of many saints. To name just a few: Our Lady, St John the Baptist, St Theresa of the Child Jesus, St Albert of Leuven, St John Vianney, St Father Damian, St Don Bosco, St Maria Goretti, St Mother Teresa of Calcutta. A relic of St John Paul II is venerated in a special separate reliquary.