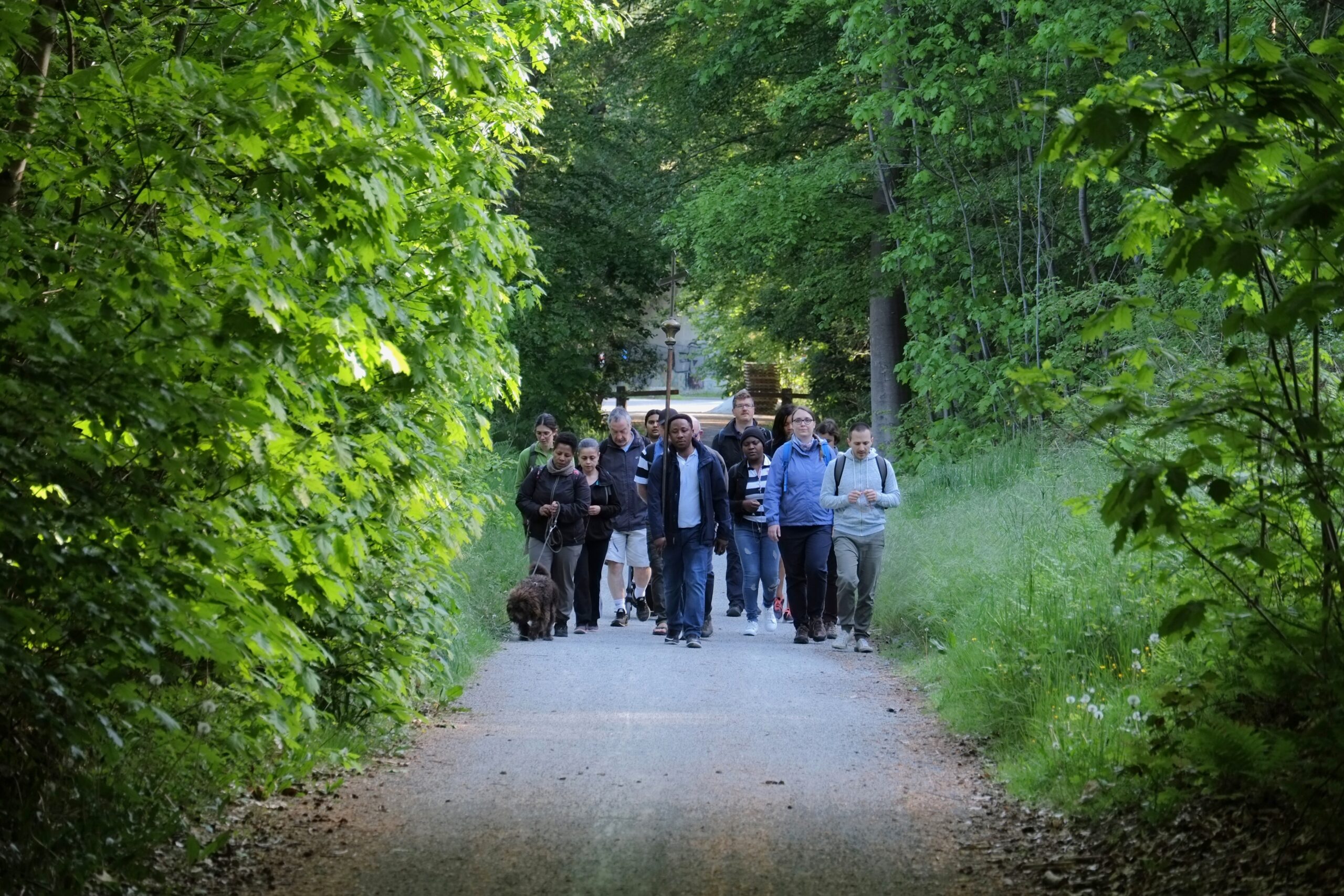 On Saturday 14 May, after a two-year hiatus because of the pandemic, we were able once again to go on a pilgrimage from Sint Kwinten to Our Lady of Peace and Concord in Basse-Wavre. This pilgrimage has been taking place since 1653, with an interruption in the 1970s, 80s and 90s and a revival in 2016.

With the cross as a sign of Christ, who died and rose for us, we set off under the guidance of Jo and took a slightly alternative route this year.

During the walk we talked and, especially, prayed to Mary with the help of the rosary, reflecting on the life of her son, Jesus.

Arriving around 2:30 p.m., we were welcomed in the hall of the church by Father Blaise Mbongo and Father Jean-Baptiste Pina, who offered us cool drinks and biscuits. A little later, all those present were invited to do the “little tour” under the reliquary and, according to tradition, the first person allowed to pass under the reliquary is an innocent person. How lucky that little Chinemerem, who had been through the whole pilgrimage with her mother Ophelia, was allowed to lead us, after which all the other pilgrims followed. Afterwards, everyone prayed three Hail Marys, each in their own language: from Arabic to Tamil, from Hungarian to French, with many language variations in between.

At 4:30 p.m., Father Juan Carlos presided at the Eucharist. In his homily, he emphasized that we are not a sedentary Church, but a Church in perpetual movement.

During the singing of the Regina Coeli, he offered Our Lady a candle with the logo of the Pastoral zone Leuven aan de Dijle. Thus every faith community of Leuven was represented.

Afterwards we returned home happy, and, as with each of our pilgrimages thus far, we experienced a small miracle, as everyone found a place in one or other car. Already looking forward to next year, when we will certainly go again, and meanwhile our prayer remains: “A Peste, Fame et Bello libera nos, Maria Pacis”.