Home » Blog » Grace upon grace: a new graft on an old trunk 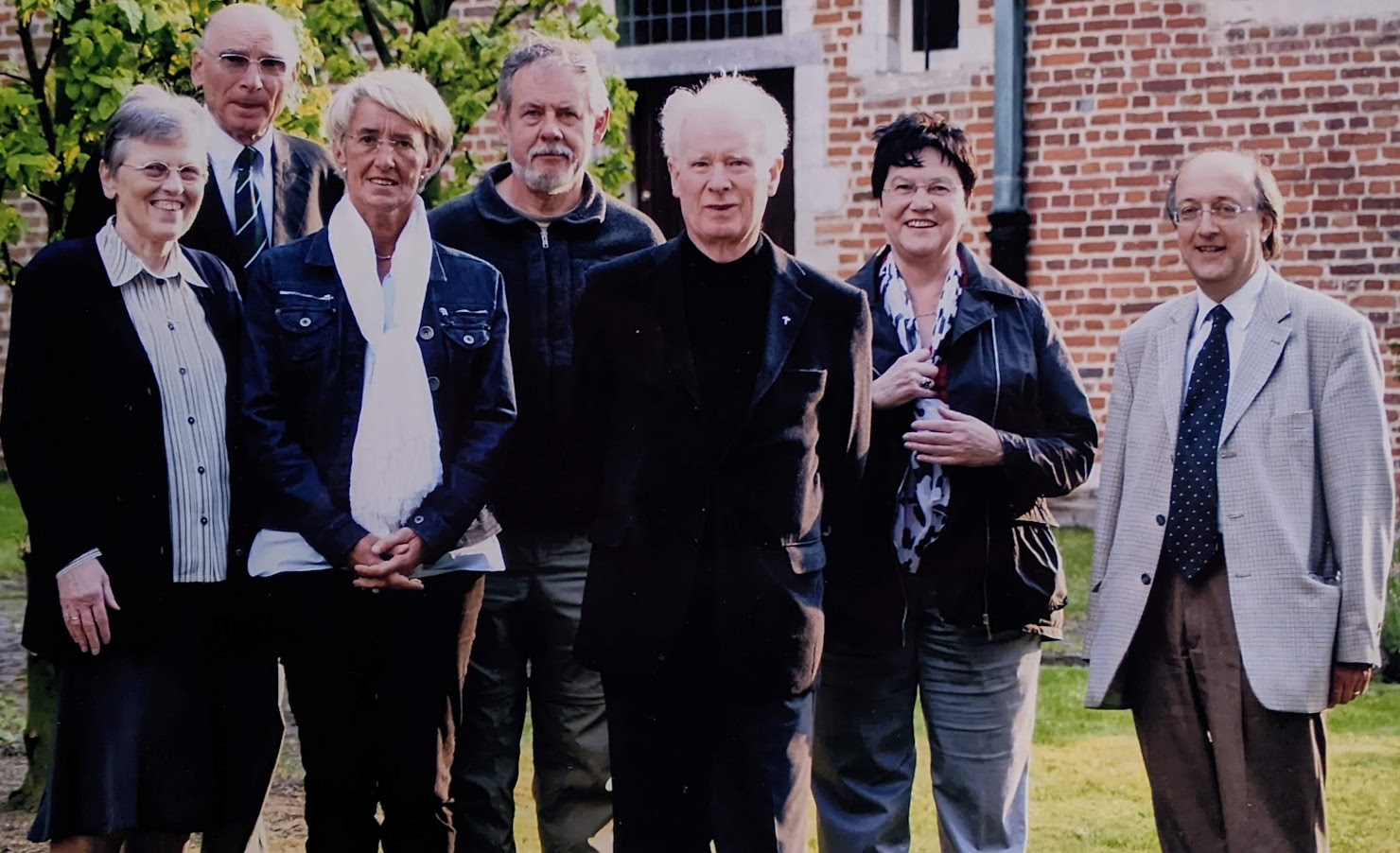 I have been actively engaged in the Sint-Kwinten parish since the 1980s. From October 1984 our pastor was Father Renaat Van den Berckt, a good, friendly, approachable priest who daily dedicated himself faithfully and wholeheartedly to the parish.

The liturgies were beautiful. On Saturday there was a well-attended evening Mass that attracted many families. The children participated as altar servers and readers, and beautiful Dutch songs were sung. On Sunday morning there were several Eucharistic celebrations, but especially the solemn high Mass at ten o’clock was well known. The hymns were sung by the impressive Schola Cantorum, joined on special feast days by the magnificent Concinite choir: a delight to the ear. They were fine, profound celebrations. On a few occasions, in a very discreet way, the Queen of Belgium attended this Eucharist. The liturgical year was celebrated with great care, with the liturgies of Holy Week and Easter as the highlights. These were always deeply moving days in which many people participated.

It was a lively parish, with First Communion catechesis, Confirmation catechesis, and “bridge” catechesis (the bridge between First Communion and Confirmation), as well as care for the sick, care for those in poverty (Welzijnszorg), a seniors’ club, a Bible group, … The parish made a great commitment to Windekind, a school for special education, oriented towards children with a motor disability or a mental handicap. This school was founded in the sixties by Sint Kwinten’s previous pastor, Father Lieven Manderveld, together with some parishioners.

Father Renaat engaged other (retired) priests in our parish life, and sometimes a priest in formation did an internship with us. There were pleasant parish festivities, such as our patronal feast of Sint Kwinten, pannenkoeken at Candlemas, an annual party to thank our volunteers, and a summer BBQ, … Father Renaat was broadminded and involved many lay people in the working and administration of the parish. A parish team was set up, as well as a parish council in which people could express their views and aspirations. When Father Renaat was away from the parish, lay people led a Word service on weekdays.

With a group of several people, two adjoining houses opposite the church (including the house of the former sacristan) were purchased, completely renovated, and furnished as a parish center. And so the Sint-Kwintenshuis came into being.

Sint-Kwinten was truly a parish to love, where people prayed together and worked together, where there was a real family bond.

Father Renaat remained pastor until September 2011. After 27 years of immense and loving dedication, he retired and returned to his home region. During the last years of his tenure, parish life was in decline, as was the case in almost all Flemish parishes. For example, the number of people attending Saturday evening Eucharist was significantly lower than it once had been.

With the departure of Father Renaat, we as a parish team felt a bit unsure. We did get support and help from Dean Dirk De Gendt, but we no longer had a pastor who lived in the parish itself, and the dean had so many other parishes under his care. With the parish team and others, we continued along the good path that Father Renaat had set us on. Together we did our best, but it was not easy. Many loyal parishioners became old or passed away, a number of people left the parish, and young people hardly joined, if at all. What would the future bring?

And then a request was made, whether we could accommodate in Sint Kwinten the English-speaking international community which had recently come into being. Auxiliary Bishop Leon Lemmens and Dean Dirk De Gendt supported this proposal. Might this not be an opportunity? If the current trend continued, it was not unimaginable that our church would be closed as a parish church and become a concert hall or a museum, as is the case today with many churches. It was an unexpected proposal that took us by surprise. We asked some questions but then accepted the proposal with confidence.

This is how this lively, young, colorful international community came to be in our parish: truly a new graft on the old trunk of Sint Kwinten, a parish founded more than 750 years ago, in 1252. What good and beautiful things are happening thanks to this international community. There are so many carefully prepared liturgical celebrations, usually very well attended by an actively participating community. At the altar stand priests from the different continents.

Seven nationalities are represented in the current parish team (community team) of ten people. When you watch the people coming forward to receive Communion you see, in a sense, the whole world passing by: katholikos. There is the warm hospitality after the Sunday celebration, and there are so many diverse activities done with great commitment. The young graft on the old trunk is proving to be very life-giving. The old tree of Sint Kwinten is reviving.

Is there nostalgia for the past, for how things used to be? There may be. Nostalgia is a human thing, we humans get attached. But we don’t want to let nostalgia dominate or paralyse us. We realise that we must not linger in the past but that we must genuinely love the present, which is ours. We are happy and grateful for all the good that has happened in the past, and we are also very happy and grateful for the many good things that are happening now in our renewed Sint Kwinten Community. We have learned this, and we believe it: everything done with love has lasting value.

Marc Eneman, 12 December 2021, the third Sunday of Advent or the Sunday of Joy (‘Gaudete’)

With many thanks to Ms. Nic Slaus for her valued help with this text.