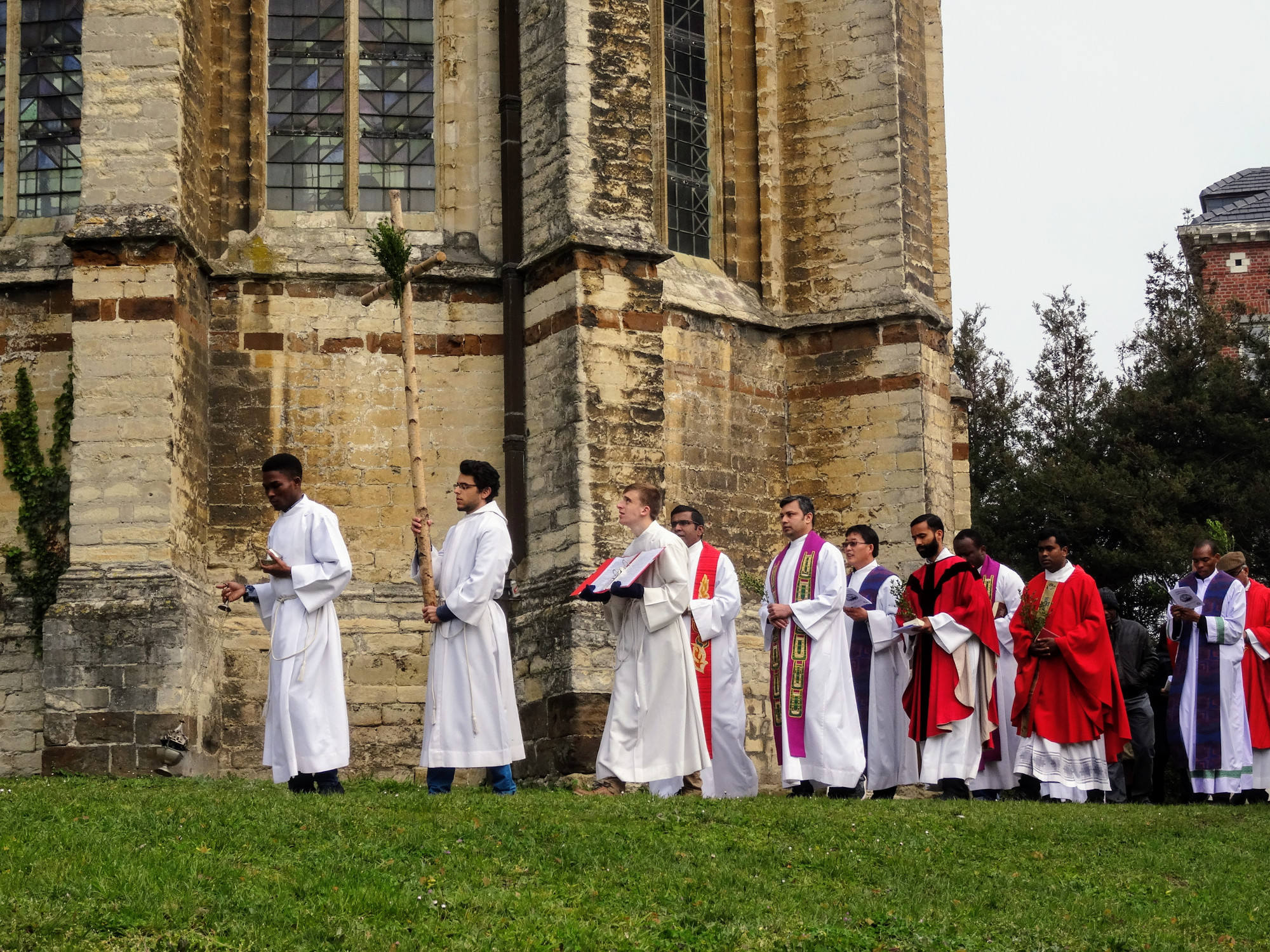 Holy Week has begun, and together as the faith community of Sint-Kwinten we celebrated the Entrance of Jesus into Jerusalem.

We accompanied Jesus with our palm branches and Hosannas and went in procession around the church.

The Passion of Our Lord according to St. Luke was proclaimed.
For Pilate, a dilemma. “For the third time Pilate spoke to them: ‘Why? What crime has this man committed? I have found in him no grounds for the death penalty. Therefore I will have him punished and then release him.”
For Herod, a slight distraction: “When Herod saw Jesus, he was greatly pleased, because for a long time he had been wanting to see him. From what he had heard about him, he hoped to see him perform some miracle.”
For the crowd, an expression of mass hysteria: “With one voice they cried out, ‘Away with this man! Release Barabbas to us!”
For Simon of Cyrene, a companion in His sufferings: “As they led him away, they seized Simon from Cyrene, who was on his way in from the country, and put the cross on him and made him carry it behind Jesus.”
For the good thief, a light at the end of his life of crime: “I tell you the truth, today you will be with me in paradise.”
For the centurion, a profession of faith: “Surely, this was a righteous man.”
For Joseph of Arimathea, a work of mercy: “Then they placed him in a tomb cut in the rock, one in which no one had yet been laid.”
For Jesus, the ultimate act of love, reconciling heaven and earth: “Jesus called out with a loud voice, ‘Father, into your hands I commit my spirit.’ When he had said this, he breathed his last.”
The presider, Father Ger-Jan, OSA concluded his homily:

“Jesus enters the city on a donkey to make it clear that we, his followers, are called to bear each other’s burdens in life. The true king is a shepherd for his people, and peace will only reign on earth if we dare to follow in his footsteps. Yes, blessed is he who comes with the name of the Living One.”

Following the Eucharistic celebration, we hosted outside the main church door our annual ‘Koffiestop’ solidarity event in support of the project of Broederlijk Delen in Guatemala. Many lingered to enjoy a cup of hot coffee and a delicious bakery item.

Many thanks to all those who worked hard to begin this Holy Week with joy and enthusiasm and so to go together toward Easter. 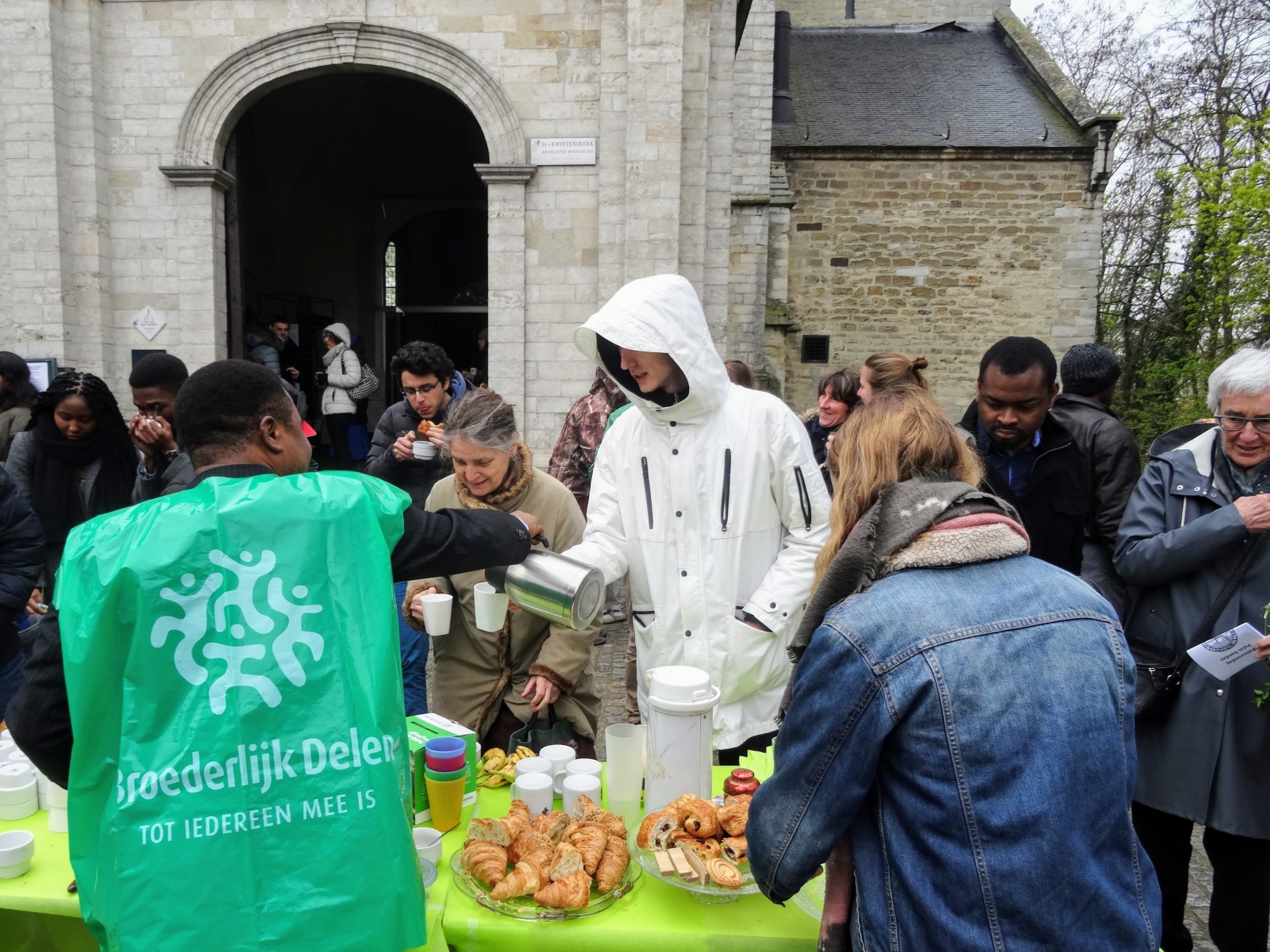 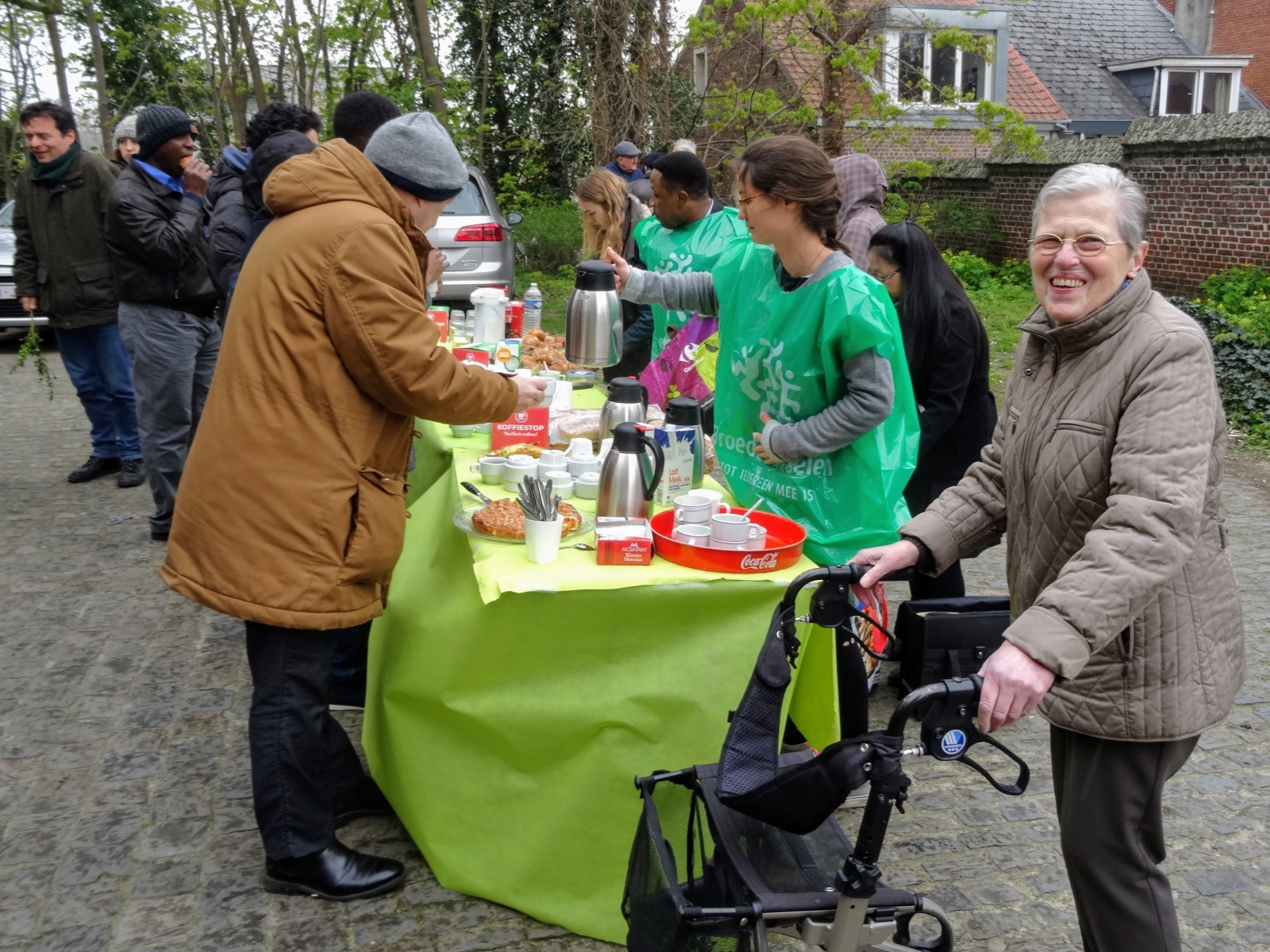 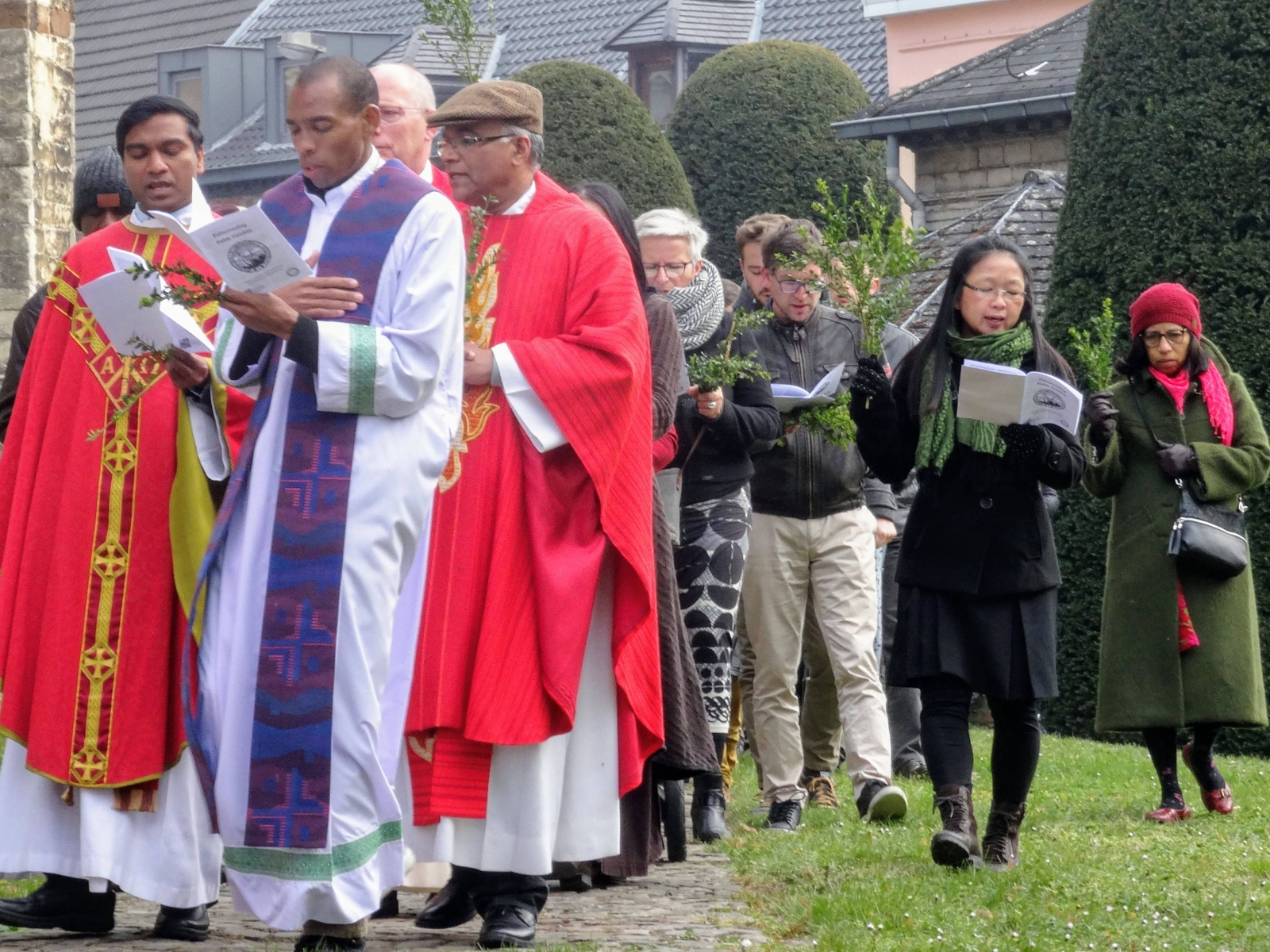 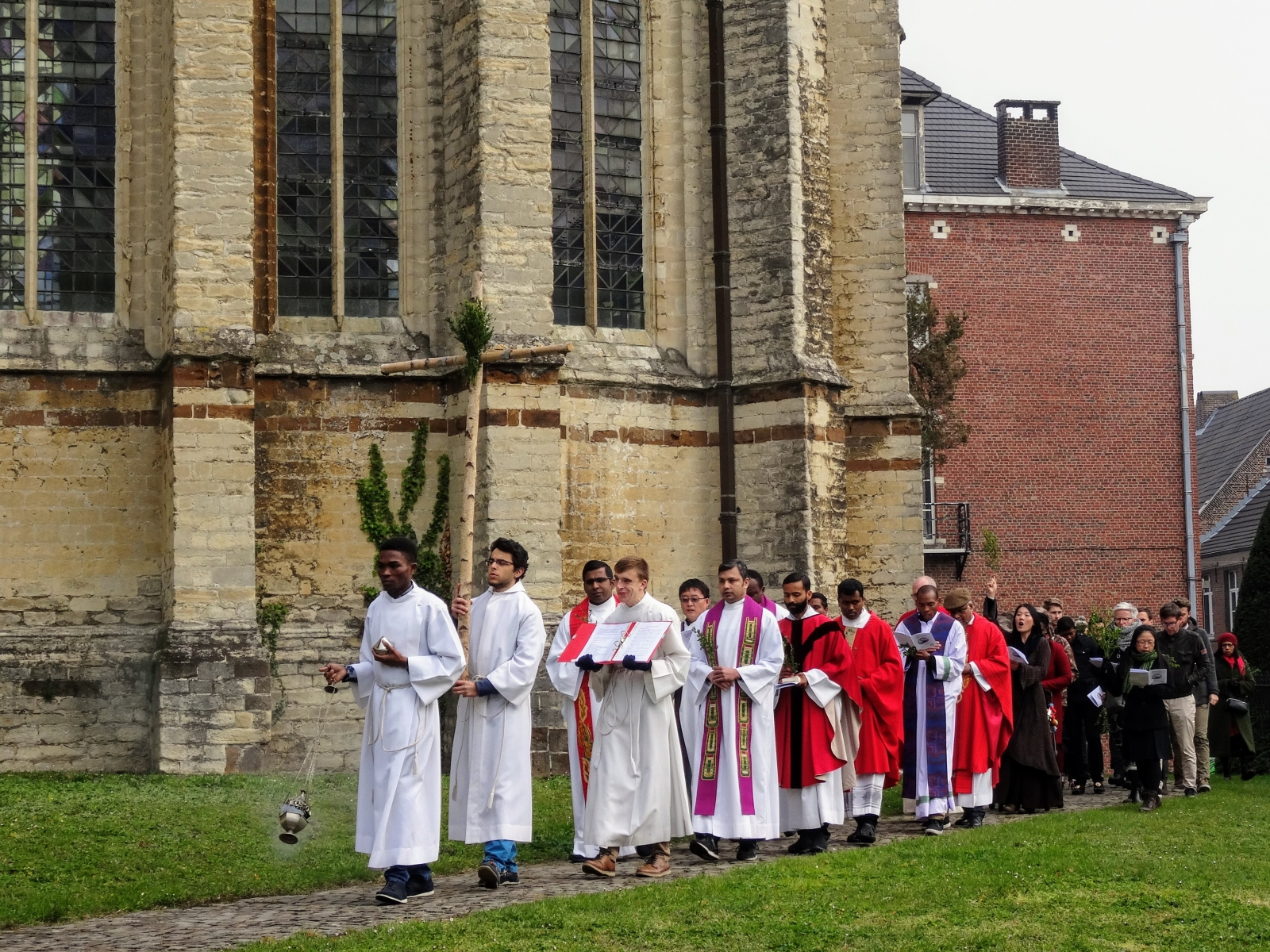 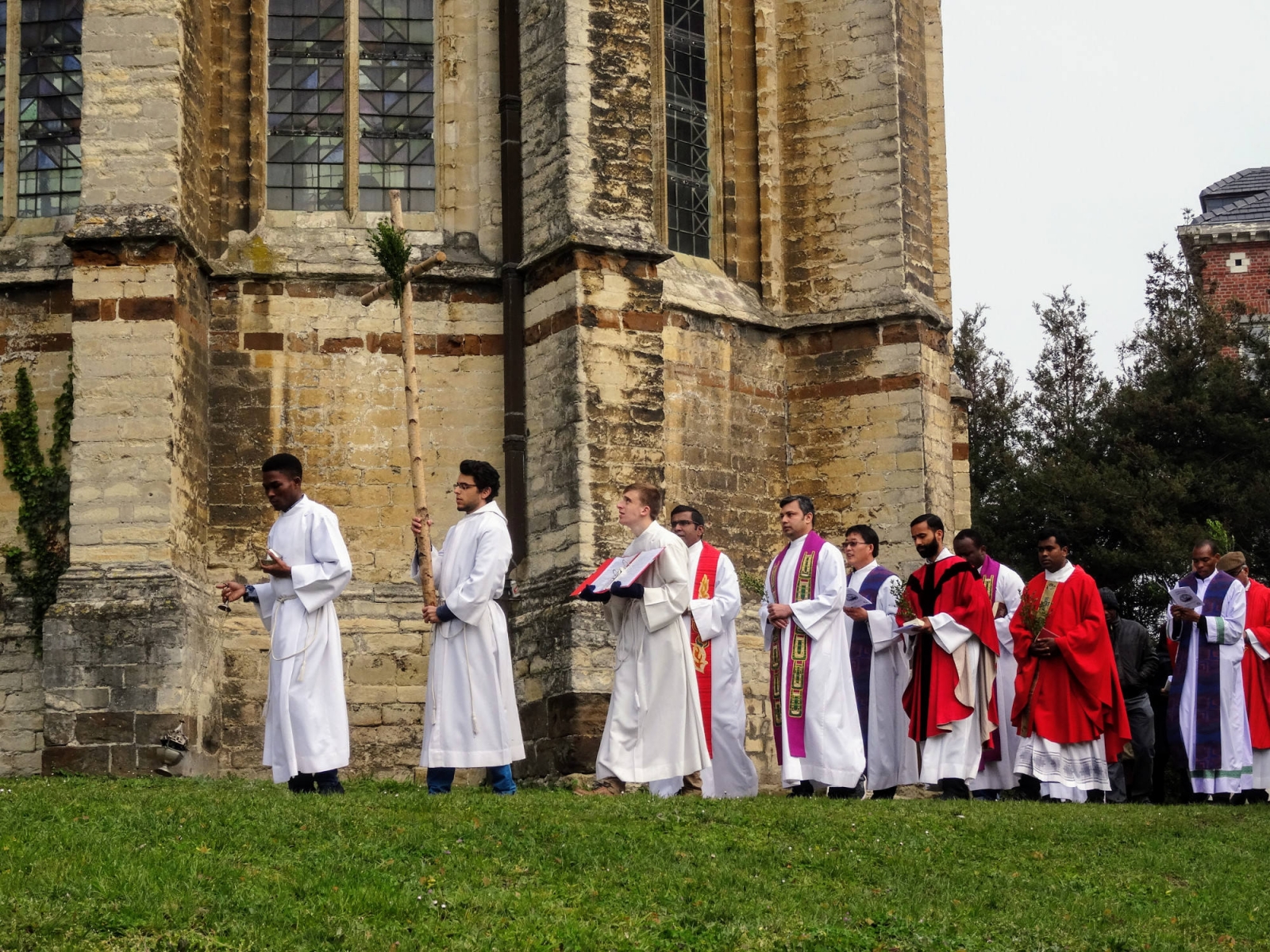 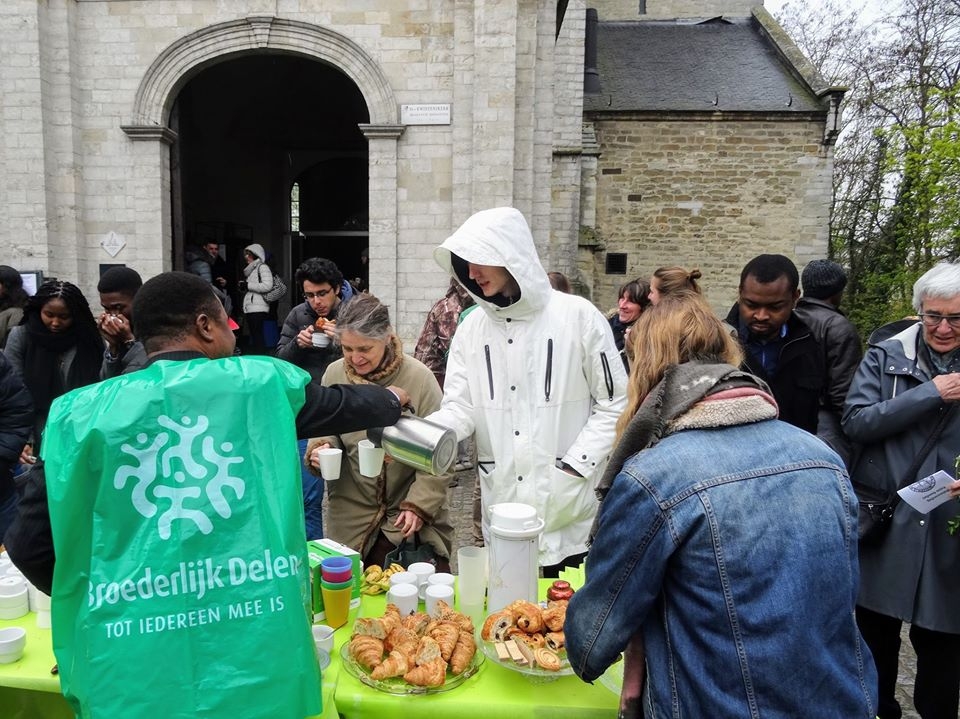 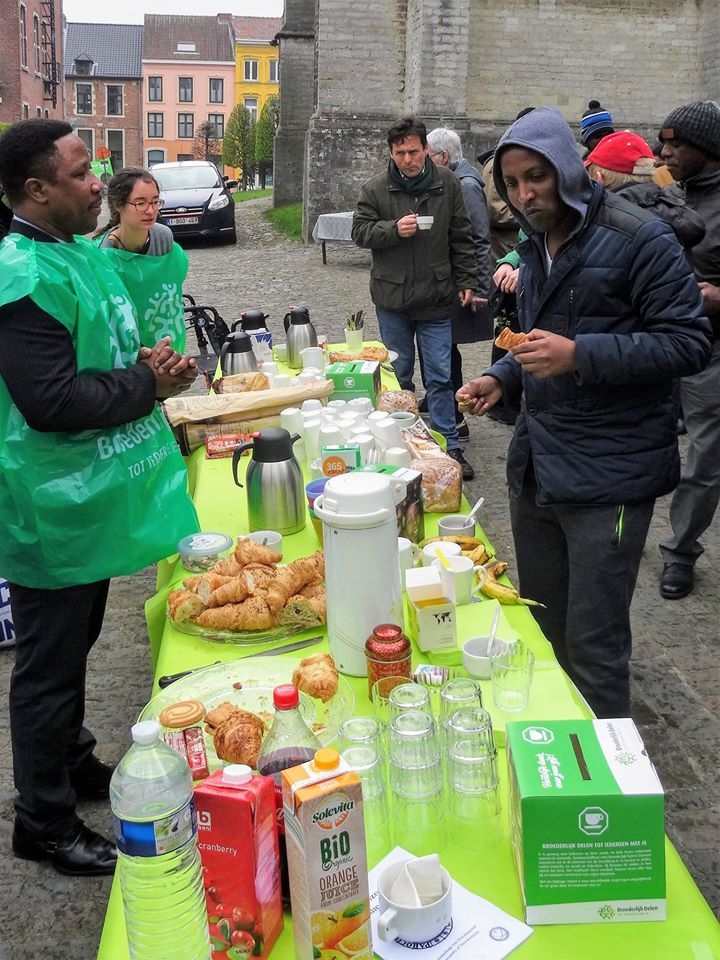 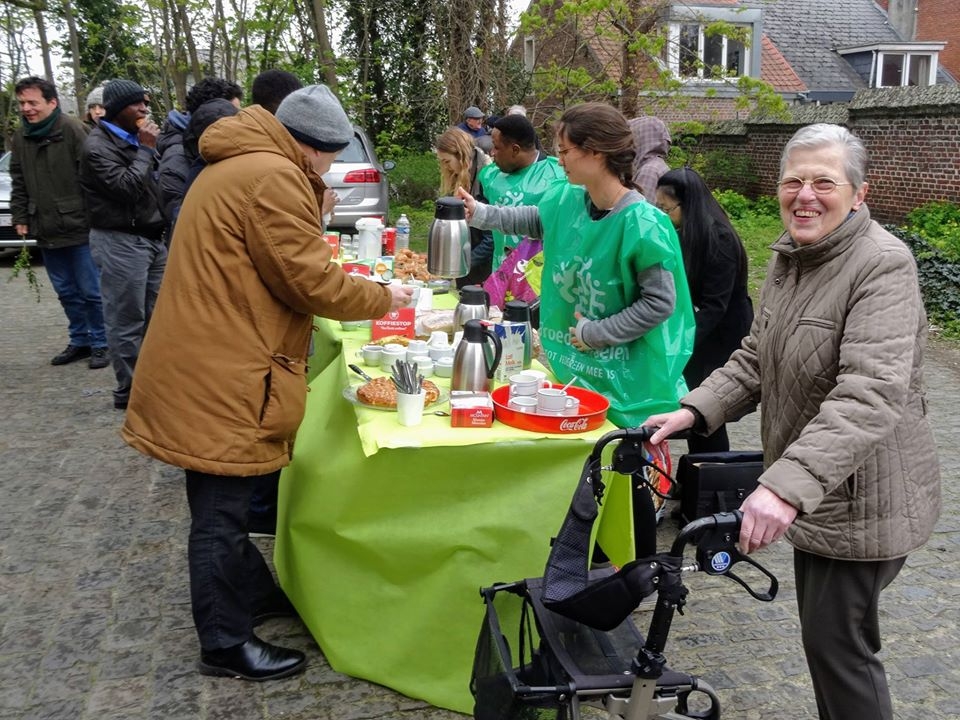 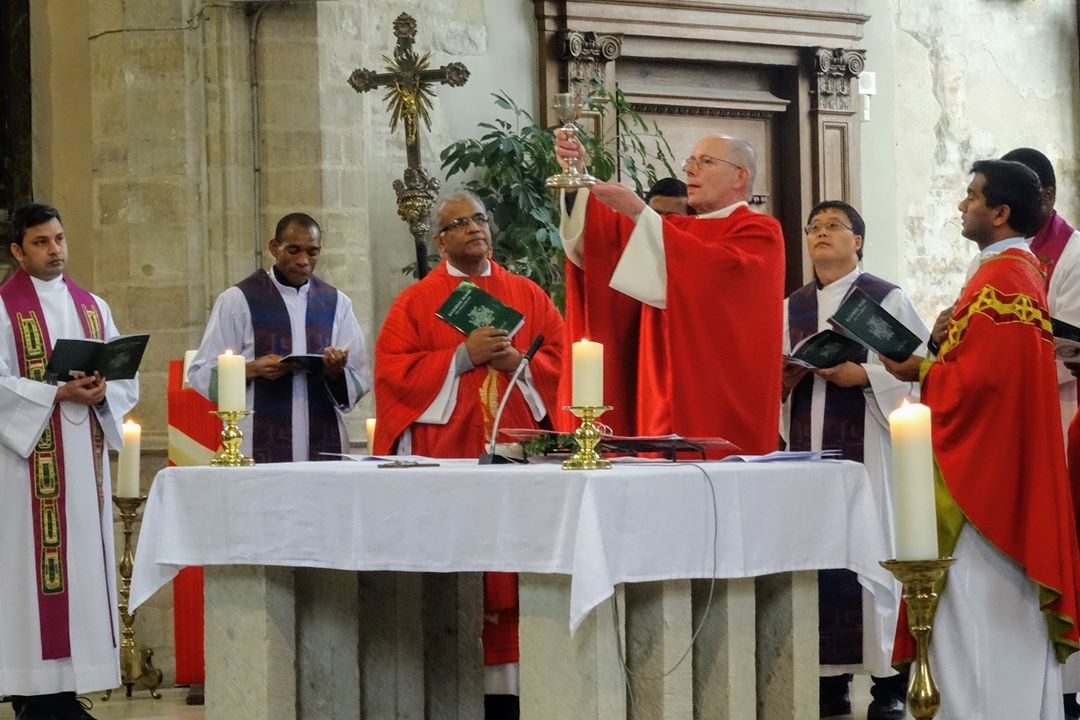 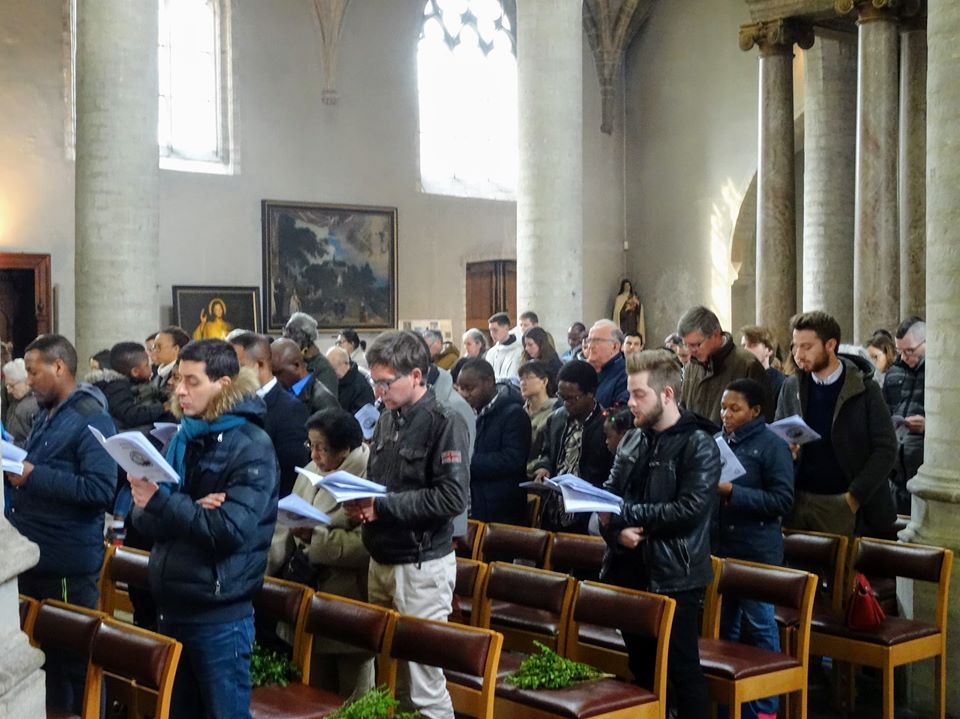 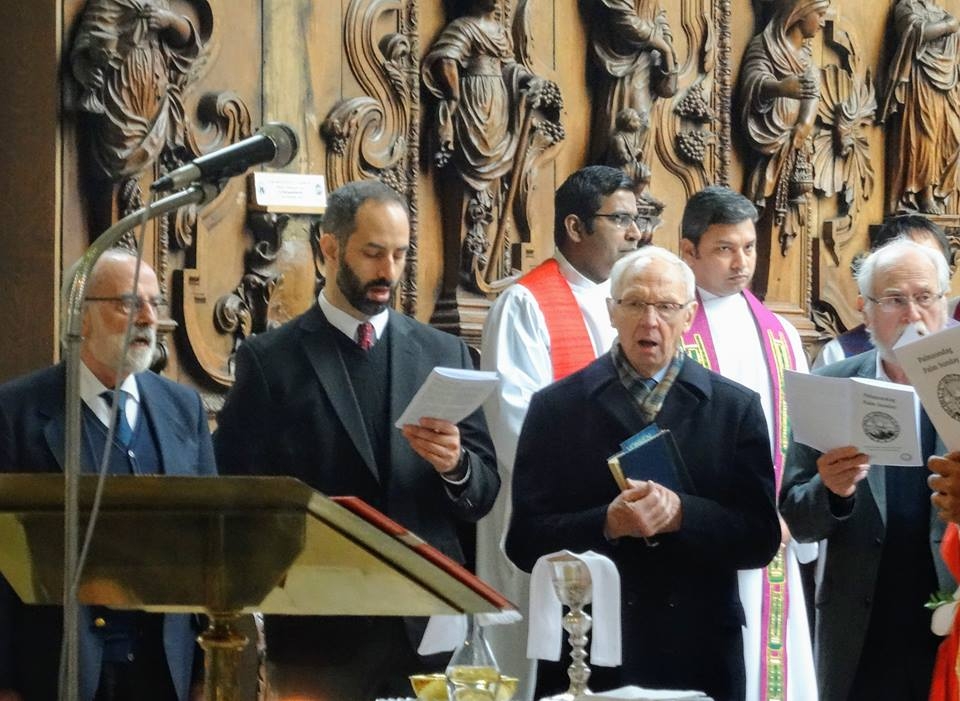 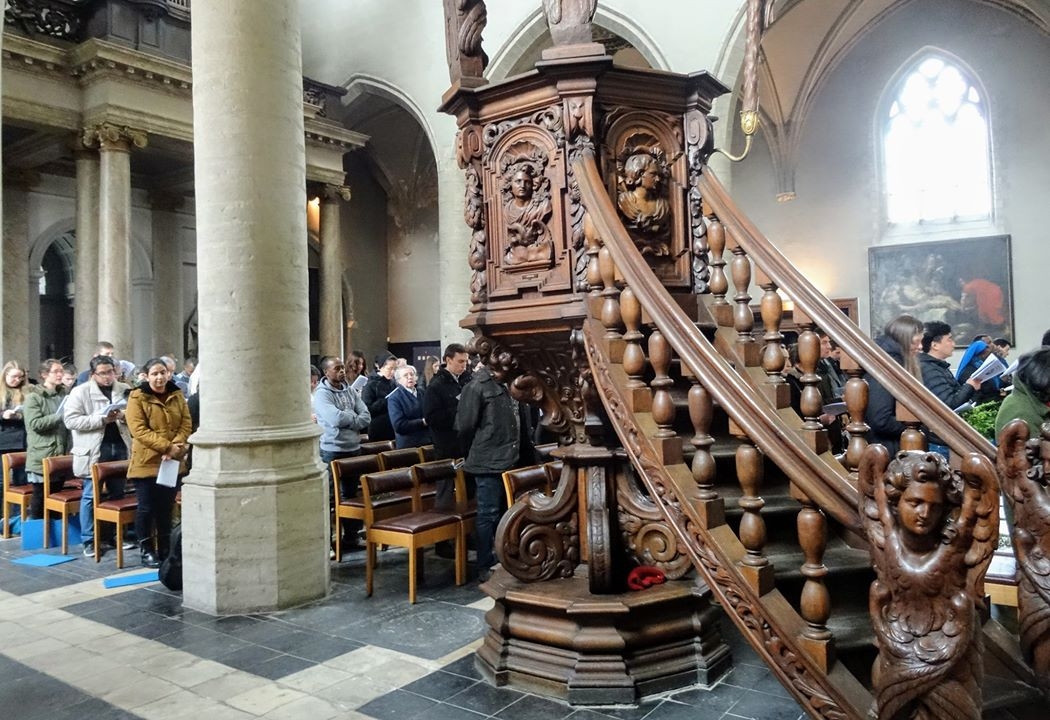 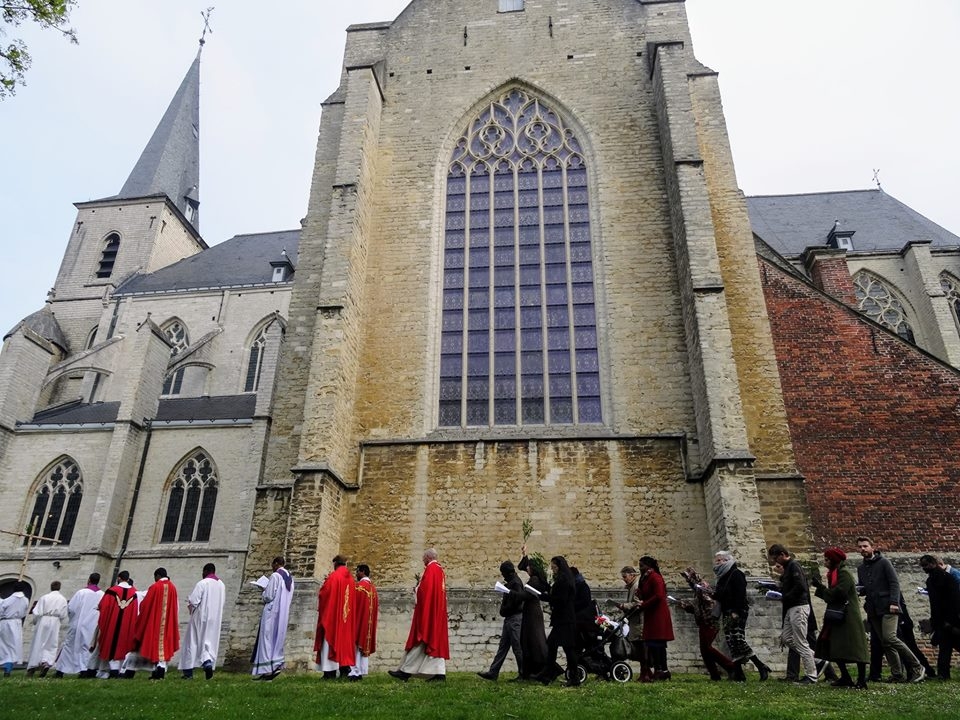 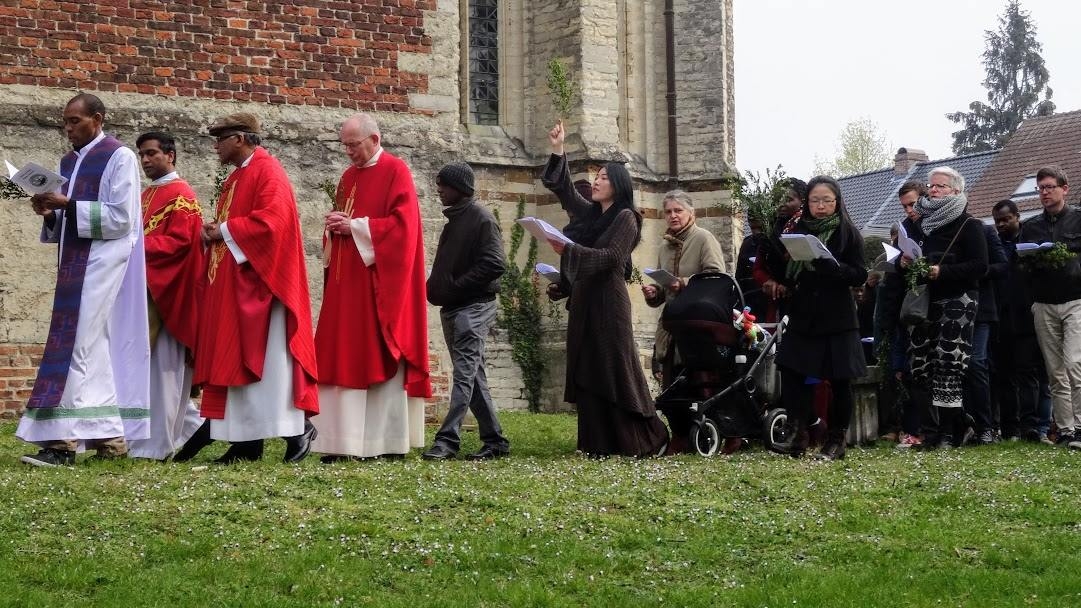 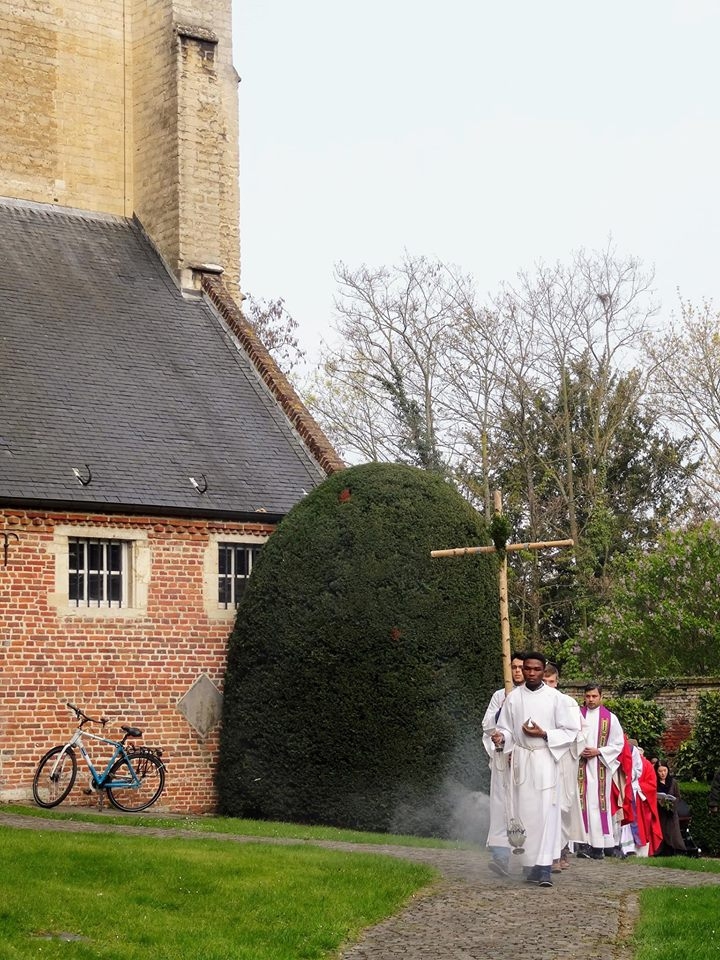 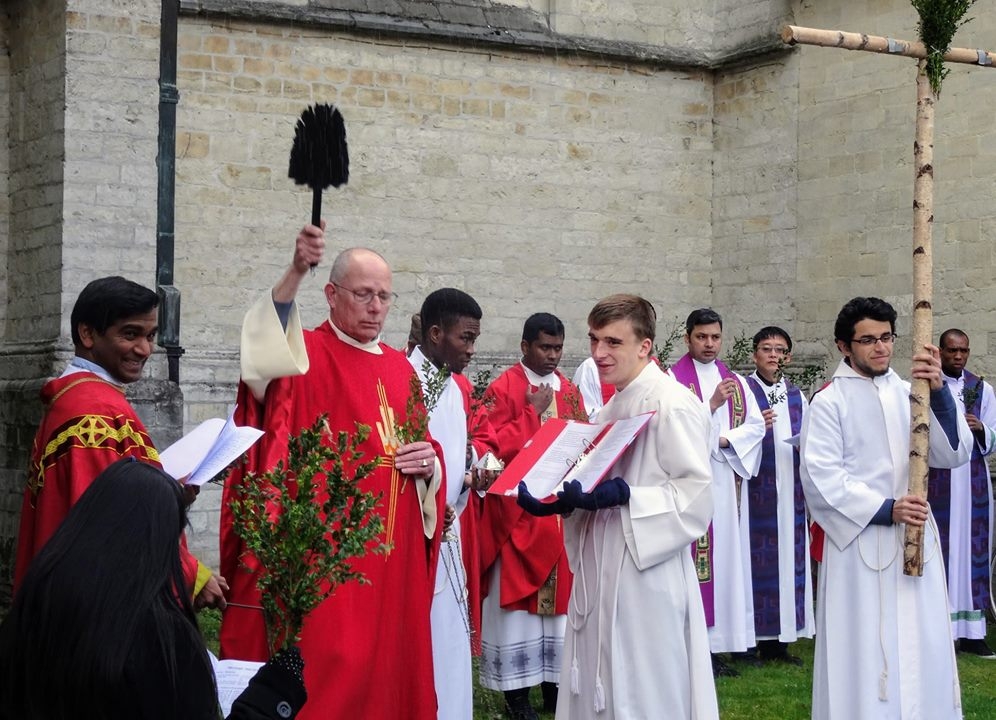 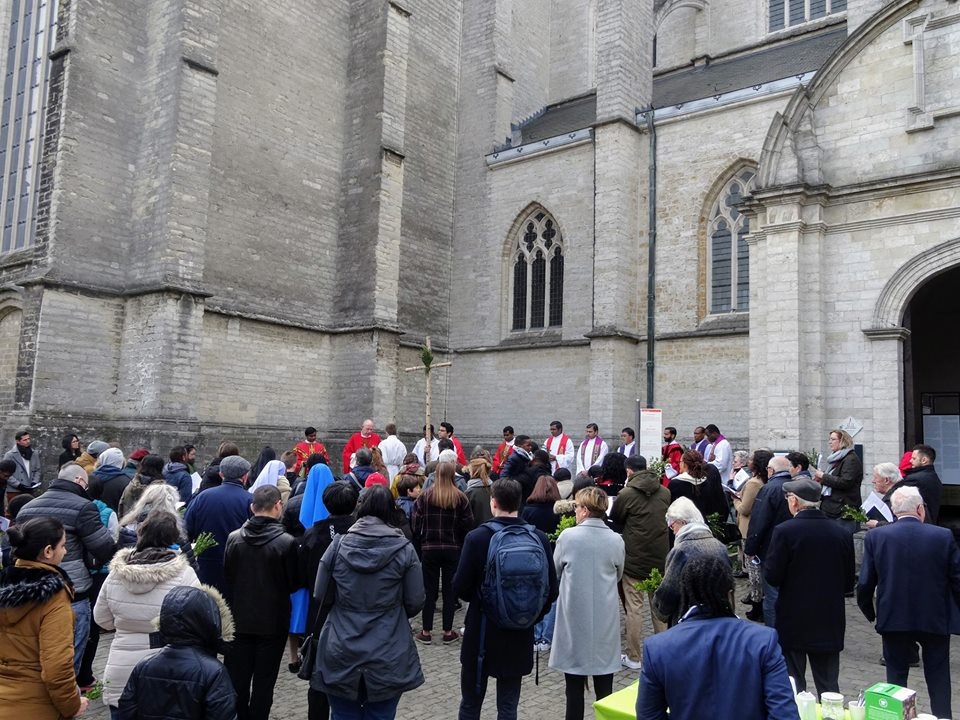 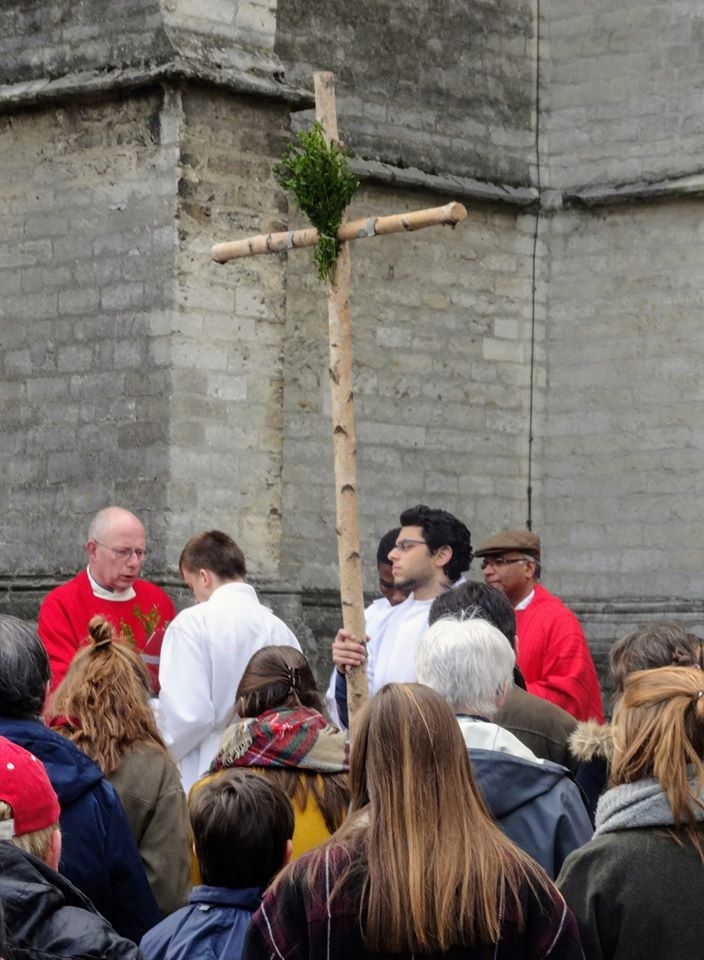 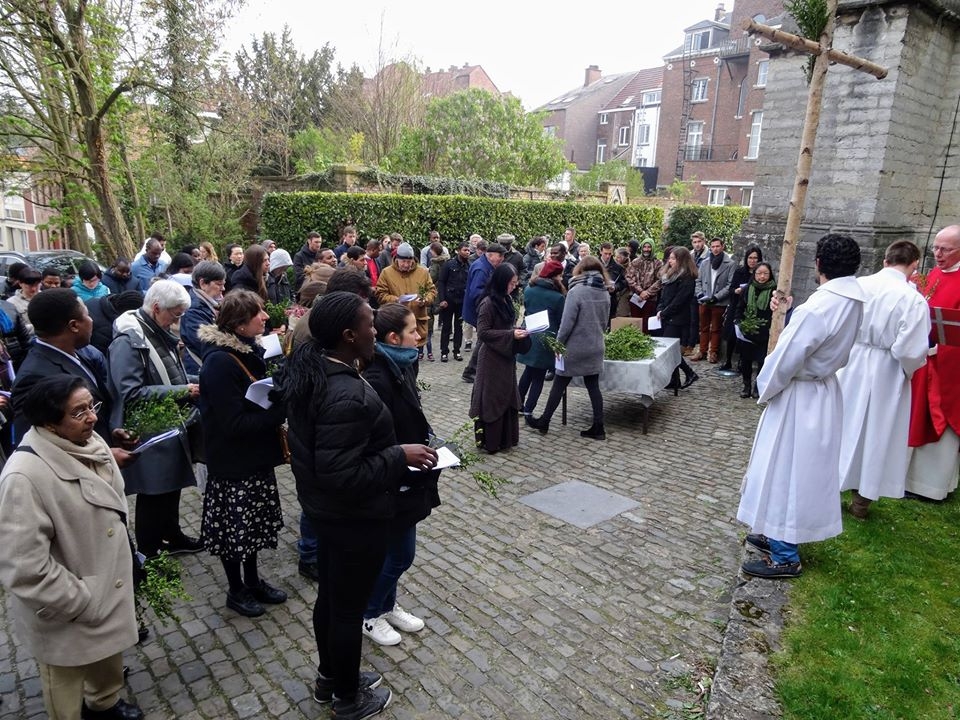