Home » Grace upon grace: the Spirit at work 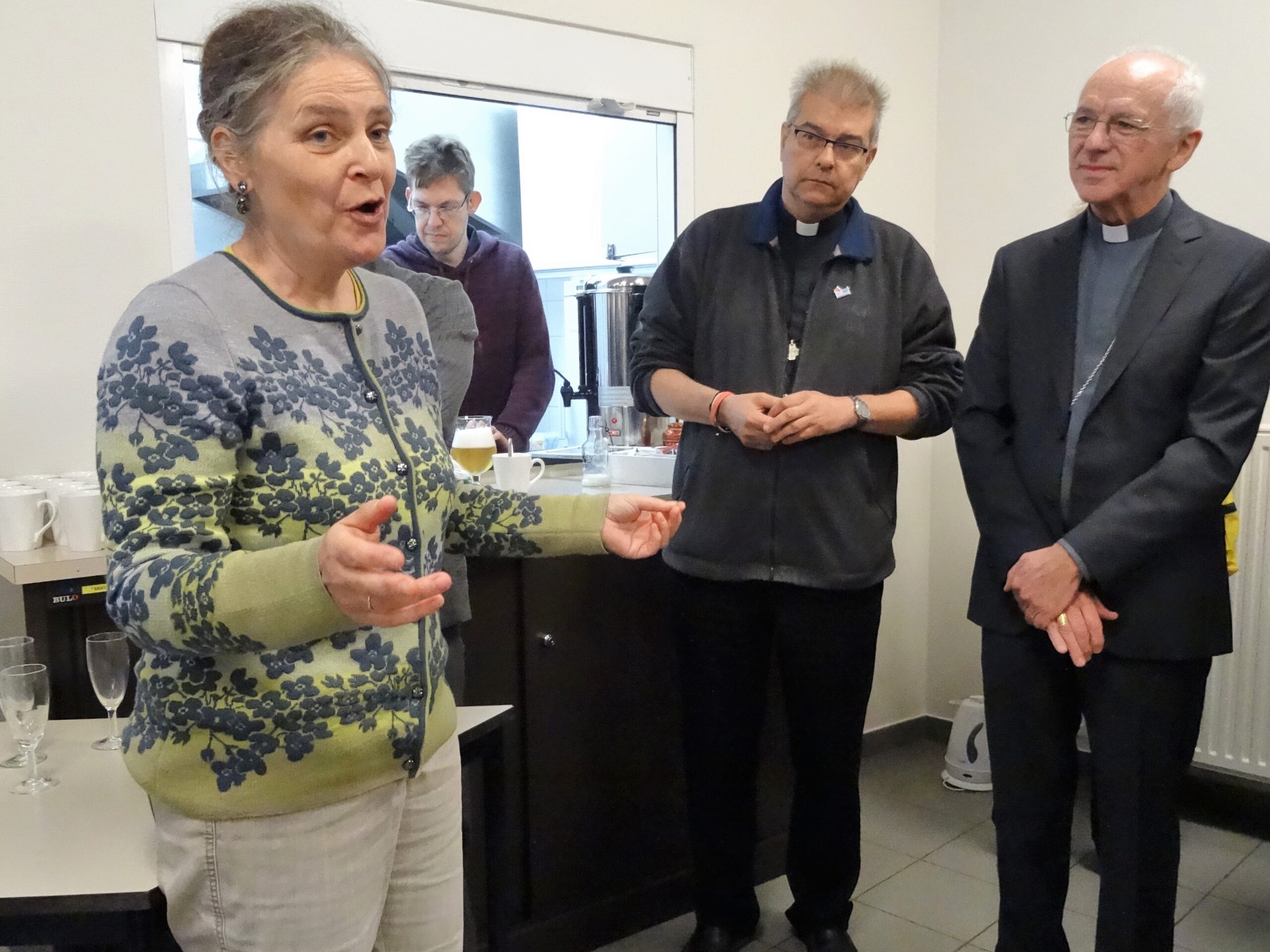 From the beginning I have been closely involved in the development of the English-speaking community. The occasion of my involvement was the renovation of the American College. The late auxiliary bishop Leon Lemmens wanted to give this group its own place in the context of the Leuven pastoral setting. He started looking for possibilities. At first, the church of the Redemptorists was considered. A beautiful building, but with a lot of costs to renovate it. So alternatives were sought. The examples of Sint Michiel’s parish and Sint Lambert’s parish, two language communities in one and the same church, appealed to us.

This proposal was presented to the parish of Sint Kwinten. Initially, there was a hesitant response. The example of the other communities eventually made it possible for the community to start. The parish team was extended to include members of the English-speaking community, agreements were made about the hours and common celebrations. John Steffen was appointed coordinator of this community. A start was made and it became a success.

Thanks to the missionary zeal of the student-priests of the KU Leuven, an ever-growing community was quickly established. At first, it was not clear whether it was to be a student parish or rather one oriented towards the permanent residents. It became a bit of both with emphasis on the permanent residents. The after-Mass ‘hospitality’ (a popular legacy of the American College) even attracted Dutch-speakers.

Of course, this did not happen without growing pains. Over the years, it became clear that the young English-speaking community stood in stark contrast to the older Dutch-speaking community of the Sint Kwinten’s parish. The parish team did not always find it easy to find a good modus vivendi. But the Spirit worked and ensured that a solution was always found. For the bilingual Eucharistic celebrations, the Jesuits, the Augustinians, and the priests of John XIII Seminary were called upon, and, of course, the parish priests themselves.

In the period that Fr. Don Bosco studied here, the bond with the Pastoral Zone “Leuven aan de Dijle” became stronger. The development of an e-newsletter and Facebook page for the Pastoral Zone was inspired by those of the English-language community. Initiatives such as Night Adoration and the Corpus Christi procession were launched and extended to the entire Pastoral Zone. The dynamism of this young community has certainly borne fruit for the entire city of Leuven.