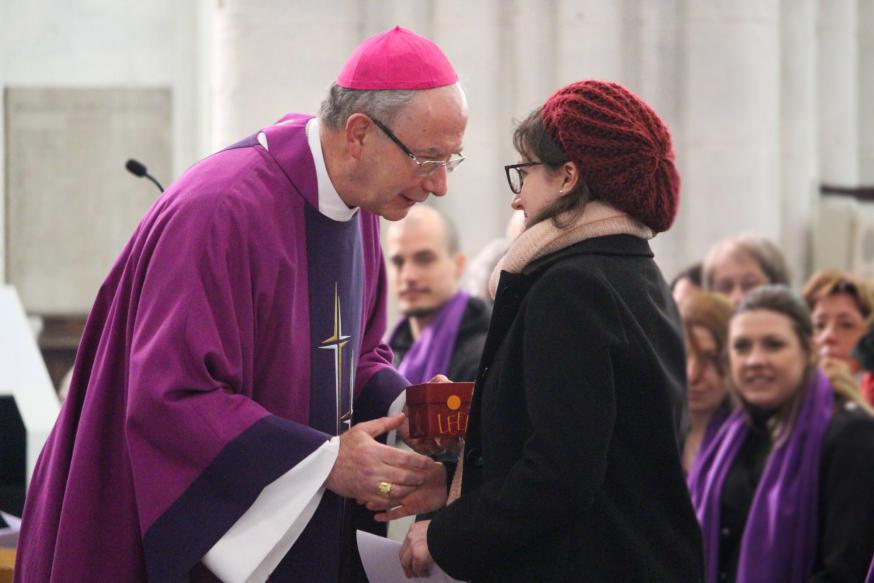 “Why do you want to become Catholic?” This is a question all prospective converts into the Catholic Church are asked. This question has been posed to me many times, but, somehow, it remains a challenge to provide a succinct and satisfactory answer. The reason behind this difficulty may be due to the fact that the more I learn about the Catholic Church, the more reasons there are to join it; or perhaps it is because my conversion did not occur suddenly but rather through a lengthy process of realization.
I was raised as a Protestant (specifically, Methodist) in South Africa and had no exposure to the Catholic Church, as the vast majority of Christians in South Africa identify as Protestant. I always assumed Catholicism was just another denomination of Christianity and possessed nothing more or less than any other form of Christianity. I would soon realize that that assumption was incorrect and that I would embark on a life-changing adventure of faith.

Two years ago, I developed a fascination for European history and was intrigued by how often the Catholic Church played a role in social and political events in previous eras. It occurred to me that to best understand the cultural and religious climate of those times, I’d have to learn more about Catholicism. That initiated a head-first dive into Catholic history, doctrine and tradition. I listened to podcasts on theology, watched documentaries on Catholic history and apostolic succession, read numerous articles on Catholic traditions, spent hours Googling the lives of the saints and devoured book after book on anything to do with Catholicism.
What started as a modest curiosity quickly grew into a fully-fledged obsession. The more I discovered, the more I understood that I was encountering something extraordinary—the one, holy and apostolic Catholic Church which Christ instituted on Earth. At some point, Catholicism ceased to be solely an intellectual pursuit to understand and became something I believed and loved in all my capacity—intellectually, spiritually and emotionally. I was learning more about Christ than ever before, and I knew there was no going back. I had found the truth, and I simply could not be a Protestant anymore. As Saint John Henry Newman once stated, “To be deep in history, is to cease to be Protestant.”

There are so many aspects of Catholicism that have motivated me to convert, and I’d like to briefly tell you about just a few of them.
Firstly, the Eucharist! In the Methodist church, there is no belief in Transubstantiation, and communion is considered to be symbolic only. In the Catholic Church, the doctrine of Real Presence states that the unique and true presence of the Body, Blood, Soul, and Divinity of Christ is indeed present in the Eucharist under the appearances of bread and wine. As Jesus Himself states:

“I am the living bread which came down from heaven; if any one eats of this bread, he will live forever; and the bread which I shall give for the life of the world is my flesh” (John 6:51).

What a great honour and expression of love it is to receive Our Lord in the Eucharist and “recognize in this bread what hung on the Cross, and in this chalice what flowed from His side”, as Saint Augustine of Hippo once said! Through the Sacrament of Confession, we can confess our sins, receive forgiveness, be healed, and receive the Eucharist worthily.

Secondly, the Holy See. Something that constantly inspires me is the unity among Catholics. There are so many denominations of Protestants (it is estimated that there are over 47,000 Protestant denominations in the world today!), and thus there is plenty of theological bickering and in-fighting among non-Catholic Christians. Most of this needless conflict is absent in Catholicism, as all Catholics rally around the pope and he, along with the Magisterium, safeguards the doctrines of the Catholic Church.
One of the greatest aids of my conversion has been the rosary. Through the daily recitation of the rosary, I’ve fostered a strong devotion to Our Lady, the Theotokos, who is simply waiting to take us by the hand and lead us to her Son. My conversion could not be possible without her intercession. By meditating on the mysteries of the rosary, we have the opportunity to gain a profound understanding of the life of Christ and His love for us. I have grown closer to Christ now more than ever before, and I cannot recommend the daily recitation of the rosary enough.

I can go on forever in admiration and appreciation of the richness of traditions and dogma of the Catholic Church, but I’ll stop here and conclude with a word of thanks.
I am thankful for the entire community at Sint-Kwinten’s for the continued support throughout my journey thus far. This community is truly special, as I have never encountered a more vibrant, diverse and friendly community, including the priests, whose wisdom and encouragement have helped me tremendously. I am deeply grateful to Brilema and Eric for generously sharing their time and knowledge during RCIA classes and for being such impeccable examples of what it means to be and live as Catholics.

I am especially thankful for Henri, who has helped and supported me from the first day I walked into Sint-Kwintenskerk, and Katrien, who has become such a pillar of strength, faith, and encouragement for me. Thank you for lifting me up with your prayers and support! It is a great joy to join all of you, the entire community of Sint-Kwinten’s, for Mass and to offer our devotion to God together. I know that you will all be cheering me on to the day of my Confirmation and after. I will be praying for all of you and your Lenten intentions. I ask that you please pray for me. See you on Sunday.